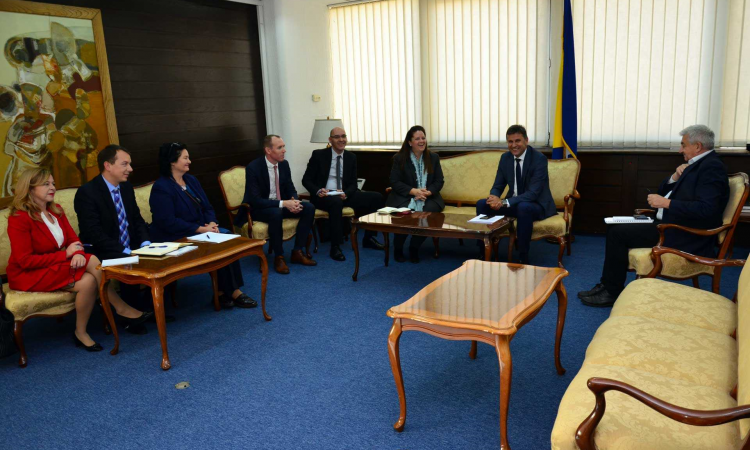 FBiH Prime Minister Fadil Novalic spoke today at the headquarters of the FBiH Government in Sarajevo with USAID Mission Director in BiH Nancy Eslick and members of the USAID Energy Sector Team. Prime Minister Novalic briefed the guests on the five-year Assistance to the Energy Sector Project. “We have excellent cooperation with USAID. One of the four aspects of the new program of economic and social reform is the reform of public enterprises, where we primarily focus on energy companies. We see USAID as a major partner in energy sector reform. We have defined three measures: separation of the distribution system from the energy production, turning to renewable energy sources, wind and water, and restructuring of the mines. We are trying to define a small number of goals in order to achieve them easier,” the Prime Minister explained. The USAID Director, among other things, said she was happy that the excellent cooperation of the FBiH Government with USAID has continued, and that USAID shares the same goals and that they wanted to support everyone through this new energy sector assistance project. “Previously. we have built significant cooperation and we want to continue
working in this direction. We are pleased to work with governments that have a clear vision,” Eslick emphasised. The Energy Sector Assistance Program, among others, will cover the gas. electric energy sector, with a focus on renewable energy sources, and energy efficiency, stated the FBiH Government’s Public Relations Office.